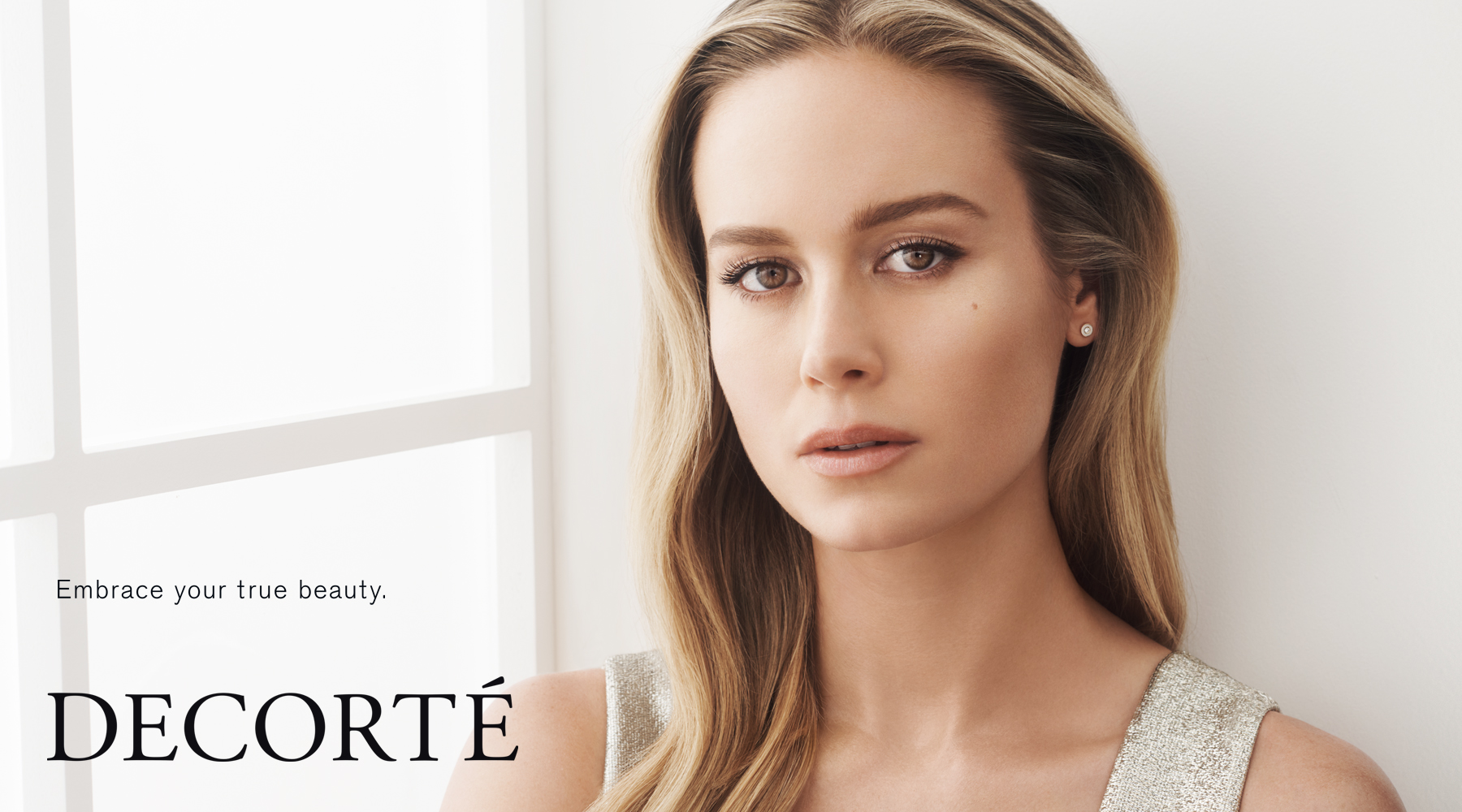 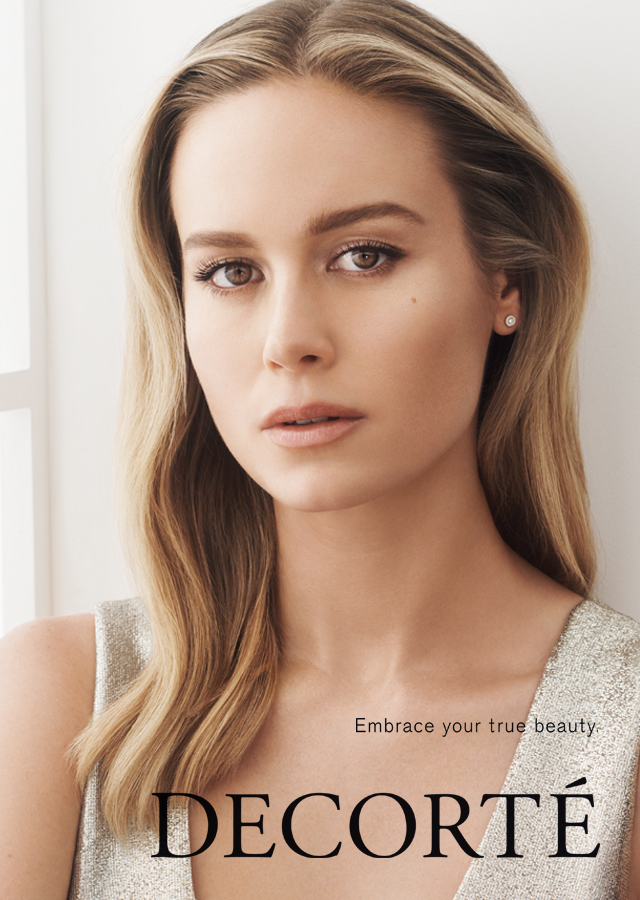 ABOUT THE BRAND NAME

A name symbolising distinction through beauty.

Born from within and radiates to reveal your true beauty – a decoration of distinction.
Our desire to share this true beauty with all is reflected in our name, DECORTÉ.

DECORTÉ continuously leads the way, producing several industry firsts.
This is part of our culture of fostering craftmanship,
the cornerstone of our identity.

Academy Award-winner Brie Larson made cinematic history as Marvel’s first female superhero lead in Captain Marvel, breaking box offices records with $455 million worldwide, and a spot on TIME’s 100 Most Influential People of 2019 list. The film’s sequel is slated for release in 2022.

She also won the 2016 Academy Award, Golden Globe, SAG, BAFTA, Critics Choice and NBR awards for her performance as Ma in Room. In 2020, Larson won an Emmy for Outstanding Original Interactive Program for co-producing The Messy Truth VR Experience.

She was most recently seen in Warner Brothers’ Just Mercy. Past film credits include Short Term 12, The Glass Castle, Kong: Skull Island, Trainwreck, Free Fire, The Spectacular Now, 21 Jump Street and Scott Pilgrim vs. The World, among others.

Her directorial debut, Unicorn Store, premiered at 2017’s Toronto Film Festival and on Netflix in April 2019.

Larson is widely recognised for her portrayal of Toni Collette’s daughter in Showtime’s United States of Tara, created by Diablo Cody. Onstage, she appeared at the Williamstown Theater Festival as “Emily” in Our Town.

Native to Sacramento, California, Larson began her studies at six, the youngest ever to attend the American Conservatory Theater in San Francisco. She is a vocal advocate of equity and inclusion in Hollywood and beyond.